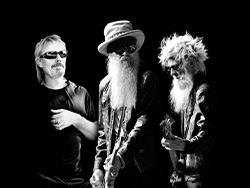 ZZ Top songs often have a strong beat, lots of rolling guitar riffs and plenty of cavalier style to accompany Gibbons’ lyrics. Their music is a combination of blues, boogie and rock ‘n’ roll with a southern edge, being based in Texas. In 2004, ZZ Top was inducted into the Rock and Roll Hall of Fame for that very sound.

ZZ Top’s hits are too many to name, but include “La Grange,” “Sharp Dressed Man,” “Gimme All Your Lovin’,” “Cheap Sunglasses” and “Legs,” which helped propel them to music video stardom on MTV in the ‘80s. The addition of music videos introduced the band to a whole new generation of fans.

Rest assured you can dance and sing along to their greatest hits at The Venetian Theatre and get your tickets on Vegas.com.