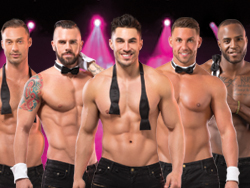 Bring on the brotherly love Las Vegas because The country/rock musical duo The Bellamy Brothers are coming to the Golden Nugget for one night only to showcase over five decades of hits.

These musical masters have released over 50 albums, with ten singles hitting #1 on the Country Billboard charts and their 1976 crossover hit, “Let Your Love Flow,” hitting #1 on the Billboard Pop chart. They were also the subject of the Cowboy Channel’s reality show Honky Tonk Ranch in 2018.

They’ve earned multiple accolades during their career. Their song “Old Hippie” was named one of the top 100 country songs of all time by Rolling Stones, they have the record for most duo nominations for the Country Music Awards and the Academy of Country Music, and they were named the Top Country Music Duo by Billboard in 1980.

Get your tickets for these country legends today!