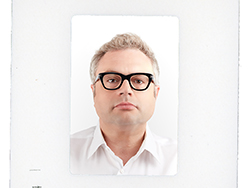 Singer, songwriter, guitarist, and Canadian Steven Page is taking over the Rio stage for a night of rock hits.

Steven Page began his music career in 1988 with the creation of the band Barenaked Ladies with musician Ed Robertson. Page was the primary songwriter and guitarist for the band since its inception, and his work earned them multiple awards and an induction into the Canadian Music Hall of Fame in 2018.

Page left the Barenaked Ladies in 2009 to pursue his solo career and to try his hand at theater work. He’s released six solo albums, hosted a television show titled “Illegal Eats,” and tours with the supergroup Trans-Canada Highwaymen.

Get your tickets today to see Steven Page live at the Rio!