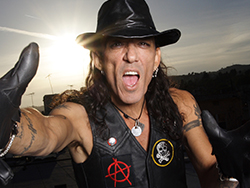 Get ready for the ultimate night for metalheads when Stephen Pearcy rocks out on the Golden Nugget stage for one night only.

As the founder, lead singer, and songwriter of the metal band RATT, he was one of the pioneers of the historic Sunset Strip rock scene of the early 1980s.

His rebellious, take no prisoners approach to music has earned Stephen Pearcy an extremely loyal following throughout his four-decade-long career. RATT has released eight studio albums and sold over 20 million albums.

You won’t want to miss a moment of this rocking night out.