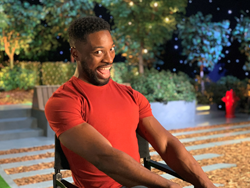 Comedian Preacher Lawson is bound to be one of those laugh-out-loud comedy shows in Las Vegas. As a finalist on “America’s Got Talent,” Lawson wowed the audience with his realistic delivery and observational humor. After his television appearance, Lawson toured with “America’s Got Talent Live!”

Lawson also appears regularly on TV shows including “Inside Joke” with Asif Ali and “Last Call” with Carson Daly. He also appeared on “Britain’s Got Talent: The Champions” in 2019.

The Vegan from Portland has found success nationwide and internationally, has a popular YouTube channel with more than 11,000,000 views, and is a known vegan and vegetarian cook—all before his 30th birthday.

Get tickets to Preacher Lawson’s comedy show on May 8, 2020.