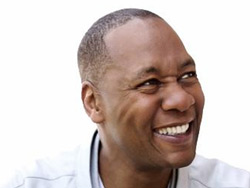 For one night only, comedian Mark Curry is coming to TI Las Vegas for a show filled with plenty of comedy fun.

Mark Curry is best known for playing Mark Cooper in the hit ABC sitcom “Hangin’ With Mr. Cooper.” He’s sold-out comedy clubs and theaters worldwide and has had multiple standup specials on HBO and Comedy Central.

In addition to his live comedy performances, Mark is also a seasoned actor, performing in plenty of shows like The Jamie Foxx Show, Black Jesus, and The Secret Life of the American Teenager.

Don’t wait, get your tickets for Mark Curry now!