Spring is popular time in Las Vegas as the weather is beautiful and daily temperature stays around 70- 80 degrees. Las Vegas in April offers some pleasant surprises on hotel and travel rates, and a variety of special events throughout the city. Visit one of the permanent shows by Cirque Du Soleil, book a Magic Show tickets, spend an evening of laughter at one of the top Comedy Show, or explore Adult entertainment options.

Las Vegas in April hosts annual Academy of Country Music Awards (ACM Awards) honoring best entertainers, vocalists, and songs with signature “hat” trophy. The annual Great Vegas Festival of Beer takes place in downtown at the beginning of April. With over 500 types of craft beer to sample and beer-inspired cuisine this festival is a heaven for beer lovers! April in Vegas guarantee best outdoor time – pool parties, rooftop events, or nature tours and attractions are the must during this pleasant month.

One of not so many family friendly performances, Celestia is a perfect choice for all ages. The performance is packed with tons of fun squeezed in only 70 minutes which is far less than your typical Vegas show. Celestia is almost 4 times less expensive then Cirque’s Vegas shows at a regular price. That is a real deal for a top-notch quality, and a reason why this show is on the list of Vegas top sellers. Don’t miss your chance to see this all-new entertainment and book your tickets in advance. 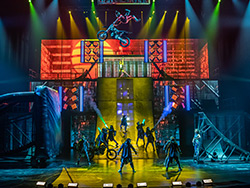 Cirque du Soleil is recognizable by its style, mastery and uniqueness. However, their new show R.U.N that started in October 2019 in the R.U.N Theater at Luxor Hotel and Casino is completely different from their classic repertoire and thus especially exciting for all Cirque fans. This is the 47th original show presented by Cirque du Soleil and their 10th residence show in Vegas. 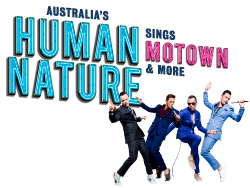