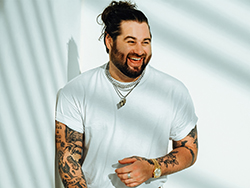 There are people out there that have a genuine sound and are just honest people. Koe Wetzel is one of those people. Lucky for us, Koe Wetzel is coming to Virgin Hotels Las Vegas to show us a good time.

Koe Wetzel got their start in the ‘90s/2000’s with their raw punk rock and country sound. They connected to audiences by releasing music that just tells the truth. Some of their big hits are “February 28, 2016,” “Austin” and “Ragweed.” When a band incorporates going to get tacos when you’re drunk, how can you not love them? We would gladly go to Taco Bell after a night at the bar with Koe Wetzel, it’s not flirting, it’s just facts.