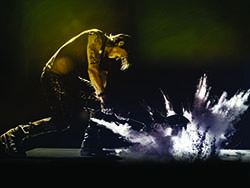 If “Blue Ain’t Your Color,” you’re in luck because Keith Urban is going to light up The Colosseum at Caesars Palace May 27-29, 2022.

Hit-maker, TV star, entrepreneur. What can Keith Urban not do, ladies and gentlemen? He’s basically been a walking success since the very beginning and he has 18 No.1 hits to prove it. Hit songs like “You’ll Think of Me” and “Days Go By” are instant classics, while “Somebody Like You” was named by Billboard as the biggest country hit of the 2000s. So yeah, there’s success rearing its head again. But that’s not all! He was a judge on American Idol and his wife, maybe you’ve heard of her, is Nicole bleeping Kidman. Some guys have all the bleeping luck.

Cheap tickets to Keith Urban Live – Las Vegas inside The Colosseum at Caesars Palace are available now. Get yours today.