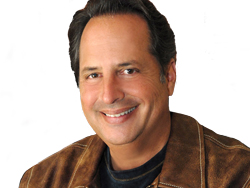 Jon Lovitz has been a comedy legend since the 1980s, and how he’s bringing his stand-up comedy genius to the Tropicana’s Laugh Factory from July 12th-July 21st at 7 p.m. to make audiences laugh out loud.

Starting strong with a stint on Saturday Night Live, where he received his first Emmy nomination, Lovitz’s career hit the races at warp speed. Booking multiple film roles in beloved comedies such as The Producers, A League of Their Own, The Wedding Singer, Big, and many others all within the same decade.

Jon Lovitz is also a talented voice actor that has been featured in multiple films and television shows. Just a few of these appearances include The Simpsons, The Brave Little Toaster, and the Spielberg-produced An American Tail: Fievel Goes West.

As one of the only actors to become a stand-up comedian after hitting it big, Jon Lovitz has been successfully headlining multiple nightclubs and theaters across the country for the last ten years.

Check out this comedy mastermind in action and get your tickets to see Jon Lovitz at the Laugh Factory Today!