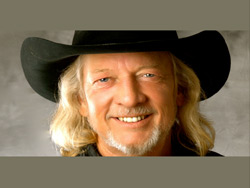 Grab your favorite pair of cowboy boots because country star John Anderson is coming to the Golden Nugget for one fantastic night on December 9th at 10 p.m.

This sensational performer’s career started building in the 1970s, with his first big mainstream breakthrough being in 1982 with his 4th album “Wild & Blue.” The album and its biggest song, Swingin’, earned him five nominations for the Country Music Association Awards. The single became the best-selling record in Warners Bros Records history for the time.

Since then, John Anderson has continued to pump out fantastic country tunes throughout the decades, earning him both a Career Achievement award from the Academy of Country Music and a spot in the Nashville Songwriters Hall of Fame.

His latest album, “Years,” was released in 2020 and almost didn’t come to fruition due to a health scare where Anderon nearly died on the operating table. The dedicated performer even pushed himself to finish his vocals as soon as possible, “just in case.”

But now he’s out and touring again, and you won’t want to miss this must-see country star when he comes to the Golden Nugget on December 9th.