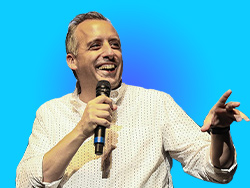 Joe Gatto is a founding member of The Tenderloins Comedy Group, which has performed in multiple cities to sold-out crowds in massive arenas like Madison Square Garden and the O2 Arena in London.