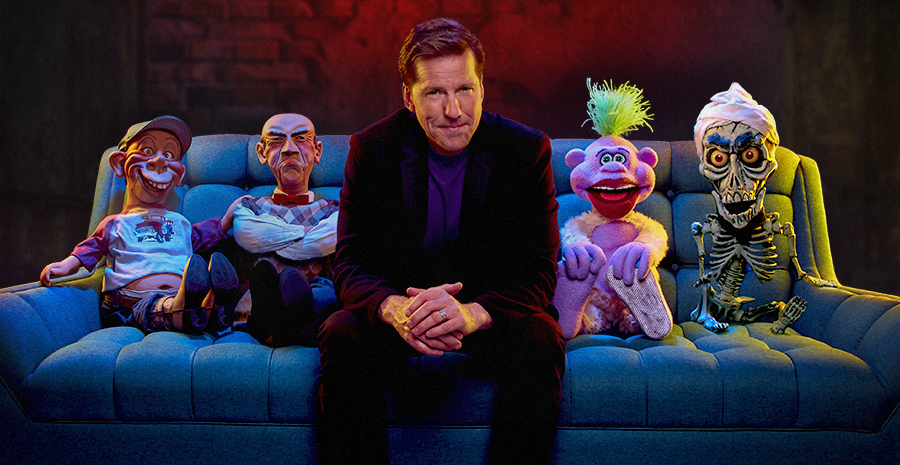 If you have a puppet fetish…we mean obsession, and a knack for stand-up comedy, Jeff Dunham at the Zappos Theater inside Planet Hollywood is the perfect way to burn a few calories from laughing. His ruthless opinions and mind bending conversations with his puppets will have you repeating his jokes to your friends all week.

Dunham may have been the only human on the stage when he began his career at the ripe old age of 8 years young, but the lifelike company of his puppets has proven to Dunham’s worldwide audience that the comedian has actually never been alone. We all have imaginary friends that last forever, right? He has a trophy case of awards like two-time Ventriloquist of the Year, TNN Music City News Country Awards’ Comedian of the Year and 2008 top comic in Comedy Central’s “Stand-Up Showdown.” Needless to say, he’s built up his street cred as a famed funnyman.

Sock puppet hands are welcomed, but not necessary, for this hilariously awesome show at Zappos Theater inside Planet Hollywood. Jeff Dunham, you are our puppet hero. Cheap tickets are available today.