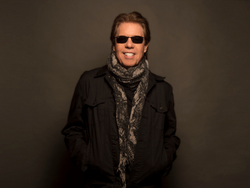 Starting in the 1970s, George Thorogood & The Destroyers have played over 8,000 live shows, sold over 15 million albums, and rocked out for five solid decades together.

George Thorogood’s records have gone both gold and platinum, and he was a supporting act for the Rolling Stones on their 1981 U.S. Tour and was on SNL the following year as the musical guest.

Their newest tour celebrates the band’s 50th anniversary together, and you won’t want to miss a minute of what they have in store!