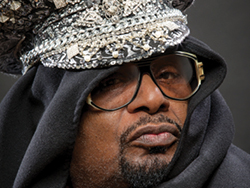 He’s funky, he’s influential, and he’s coming to the Westgate’s International Theater! Don’t miss your chance to experience the iconic George Clinton and his range of R&B hits live.

Recording both as Parliament and Funkadelic, George Clinton revolutionized R&B during the 1970s. He was inducted into the Rock and Roll Hall of Fame in 1997 and was awarded the Grammy Lifetime Achievement Award in 2019 alongside his Parliament-Funkadelic collective.

Get your tickets to see the R&B legend himself, George Clinton, live!