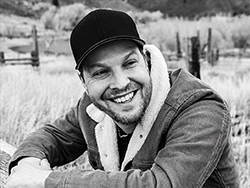 You won’t want to miss your chance to see multi-platinum artist Gavin DeGraw when he comes to the Venetian Las Vegas for one night only on April 16, 2022, at 8 p.m.

His Full Circle tour showcases his latest album, Face the River, and he’ll be performing his newest work in its entirety along with his best-selling hits from previous albums.

Gavin DeGraw’s platinum debut album, Chariot, sold over one million copies and gave fans three top hits, “I Don’t Want to Be,” “Follow Through,” and the title song “Chariot.” His most successful single, “Not Over You,” went double platinum in 2011.

His other five studio albums were also successful, and his song “We Both Know” from the 2013 movie “Safe Haven” even earned him a Grammy nomination.

Gavin DeGraw has toured all around the world, including with the legendary Billy Joel.

Don’t miss your chance to see Gavin DeGraw live at the Venetian Las Vegas, so get your tickets today!