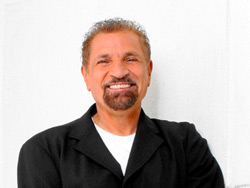 The after concert high is one of the best feelings in the world. And that’s exactly the feeling Felix Cavaliere’s Rascals is going to deliver when they perform inside Golden Nugget Las Vegas on June 7, 2019, at 8 p.m.

The band formed in 1965 as a way to spread peace, love and happiness. Yep, sounds like your typical hippies and we love it. Once they got into their groove they released hit singles like “I’ve Been Lonely Too Long,” “Good Lovin’” and “Groovin’.” That success led them to one Grammy nomination and four Hall of Fame inductions.

Felix Cavaliere’s Rascals are here to give you the after concert high you’ve been looking for. Catch the band inside Golden Nugget on June 7, 2019, at 8 p.m. Get your cheap tickets today.