After winning over viewers nationwide as a semifinalist on NBC's "America's Got Talent," Murray brings his mesmerizing magic to Las Vegas. 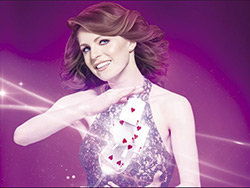 Magic, mentalism AND comedy?! Jen Kramer has it all.

Tommy Wind, like many children, was introduced to magic by his grandfather. Unlike other kids, Wind, who is now an adult, pursued his magical inspiration to star in his own show on the Las Vegas Strip. 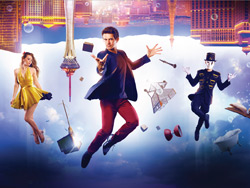 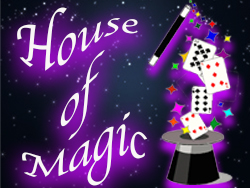 Enjoy a night of magic and comedy when The House of Magic brings their rotating cast of illusionists to the Downtown Grand.

Prepare to be amazed when David Goldrake takes the stage to perform his masterful, astounding illusions at Neonopolis in Downtown Las Vegas.

Piff is well known to public as the star of famous TV show America's Got Talent as well as and Penn & Teller: Fool Us show. Piff the Magic Dragon has his residency at Bugsys Cabaret at Flamingo Las Vegas. Performing with his loyal pup, Mr. Piffles, The World’s Only Magic Performing Chihuahua™ Piff brings a dynamic comedy-magic entertainment.

David Copperfield is considered to be the most commercially successful magician in history, audience and critics believe he is the greatest in the world. David is the first living illusionist with a star on the Hollywood Walk of Fame. One of the world’s most incredible magicians has successfully shown his fascinating skills in TV programs, during his worldwide tours, in the movies.

Gerry McCambridge, the Mentalist, performing in V Theater at the Miracle Mile Shops, Planet Hollywood, has undoubtedly one of the most exclusive shows on Las Vegas Strip. With over 3,500 performances, The Mentalist is not only the longest running (over 13 years), but as well the most successful mind reading show. 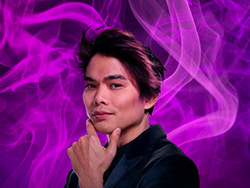 Shin Lim is redefining how close-up magic is performed. You won't want to miss seeing him inside The Mirage.