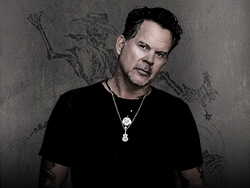 When Gary Allan steps onstage in Vegas, there will be nothing on but the radio. Well, there’s going to be a band. And some super rad lights. And a killer sound system. Oh, we hope there’s a fog machine. Pyro?! What if there’s fire?! That’d be so freakin’ rad! But he doesn’t really need anything more than his guitar.

Gary Allan is like a fine whiskey. He only gets better with age. Allan has been doin’ his thing since ’96 and let’s just call it what it is, he’s been pretty darn good at it. Singles like “Man to Man,” “Tough Little Boys” and “Nothing On but the Radio” have helped him go platinum faster than you can spell California (which is where he’s from.

Grab your tickets while you still can because even as great as Gary Allan is on the radio, he’s even better live.