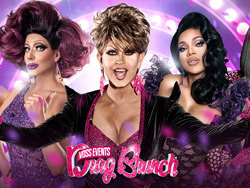 The late-night comedy duo of Desus and Mero know how to give an audience an unforgettable show, and they’re bringing their hilarious off-the-cuff humor to the MGM Grand on September 4th at 9:30 p.m.

Starting with their podcast “The Bodega Boys,” Desus and Mero made a brand out of their unique views on pop culture, politics, sports, music, and their time growing up in the Bronx. From that popularity, they became hosts for Showtime’s first weekly late-night talk show, “Desus & Mero,” that is currently airing its third season.

Get your tickets now to see what Rolling Stone called “Comedy’s Hottest Duo” for their single night in Las Vegas on September 4th at 9:30 p.m.