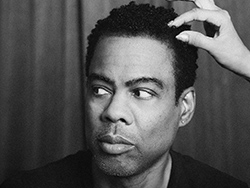 How do you describe a comedy legend like the one-of-a-kind Chris Rock? We could tell you that he’s super talented and extremely popular, but everyone already knows that. Let’s just start by saying that he’s coming to Vegas!

In all seriousness, Chris Rock is an entertainment legend. For most people, making SNL is enough of an achievement by itself, but for Rock, it was just the starting point. He starred in movies, had too many stand-up specials to count, won enough awards to make that statue we were talking about earlier, and he even hosted the Academy Awards twice! He’s also won four Emmy Awards, three GRAMMY Awards, and his work as a New York Times Best-Selling Author.

Don’t miss your chance to check out Chris Rock at the Colosseum Las Vegas in his totally unplugged return to stand-up comedy.

This event will be a phone-free experience. Use of phones will not be permitted in the performance space. Upon arrival at the venue, phones will be secured in individual Yondr pouches that will be opened at the end of the event. Guests maintain possession of their devices at all times, and can access them throughout the event only in designated Phone Use Areas within the venue. All devices will be re-secured in Yondr pouches before returning to the performance space. All pouches and equipment are routinely sanitized. The Yondr staff is trained and required to follow safety guidelines and hygiene protocols to practice social distancing, minimal contact and wear required personal protective equipment.