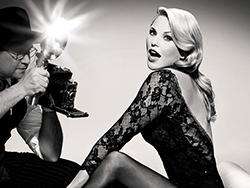 Chicago: The Musical Starring Christie Brinkley inside The Venetian Resort Las Vegas is bringing Broadway to the Strip.

There are a few things you’re expecting to see when you see a Broadway play: killer vocals, out-of-this-world dancing and costumes that’d give Paris Fashion Week a run for its money. Chicago: The Musical checks all of those boxes and then some. So get ready for a tale of greed, murder and corruption that’s as American as apple pie. And if that’s not enough for ya, supermodel/actress Christie Brinkley is back to revive her role as “Roxie Hart.” We’ve got three words for you: six Tony Awards. Yeah, Google it.

Cheap tickets for Chicago: The Musical inside The Venetian Resort Las Vegas are available now. Get them while you still can.