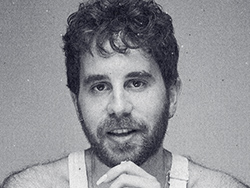 Known for starring in the Broadway hit Dear Evan Hansen and its movie adaptation, Ben Platt has proven himself as a masterful artist and unforgettable performer over and over again. He’s created two solo albums with his latest, “Reverie,” including two singles that have both reached critical acclaim.

His ever-expanding list of projects includes two Pitch Perfect films, Broadway’s The Book of Mormon, and Netflix’s The Politician, which earned him a Golden Globe nomination for Best Actor in a Comedy.