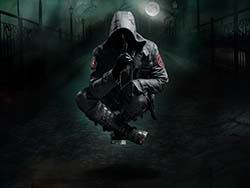 AMYSTIKA: The Secret Revealed is a family-friendly production that features unbelievable feats like a raging tornado, a blinding blizzard, and even a real firestorm that engulfs a performer but leaves them unscathed.

You won’t want to miss this music-driven journey at Planet Hollywood, so get your tickets today!