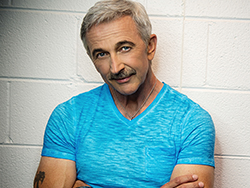 Aaron Tippin is bringing his twangy sound and down-home Southern style to the Golden Nugget for one night only, and you won’t want to miss a single second of his classic country charm. Known for catering to the working class, Aaron Twang’s first single in 1990, “You’ve Got to Stand for Something,” was a beloved anthem for soldiers during the Gulf War. He’s released nine separate studio albums, and more than 30 of his singles have charted on the Billboard Hot Country Songs chart.

His latest album, In Overdrive, is a concept album made for truck drivers that feature covers of multiple country songs with truck driving themes. So grab your cowboy boots and get ready to sing along with Aaron Tippin live when he takes the Golden Nugget stage.